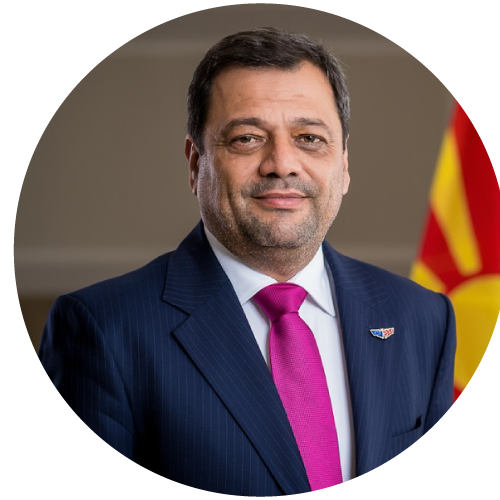 Kocho Angjushev, from the Republic of North Macedonia is the Deputy Minister in charge of Economic Affairs and coordination of economic sectors. PreviouslyFrom 2000 to 2002, Mr.  Angjushev performs the post of Deputy CEO for production and management in the Electric Power Company of Macedonia (ESM), where he is responsible for organizing the domestic production of electricity, the investment maintenance of the power plants and the mines and implementation of projects for their modernization and rehabilitation. Founder and CEO of Fero Invest Group – a holding company (founded in 2003) owning equity in various businesses, predominantly active in the fields of engineering, manufacturing and energy. An active member and subsequently vice president of the Economic Chamber of Macedonia from 2004 – 2017. He holds a PhD in Mechanics and dynamics of machines from the Faculty of Mechanical Engineering “Ss. Cyril and Methodius” University. 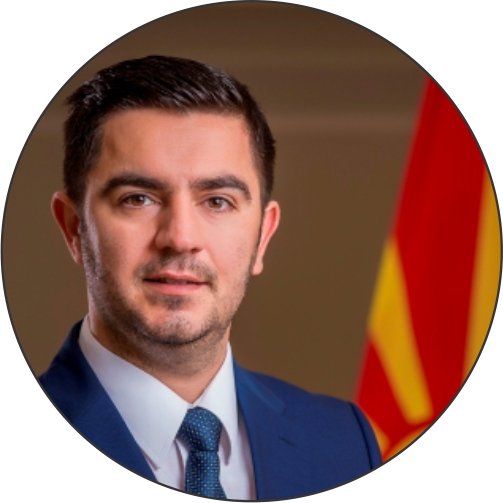 Minister of Economy, Government of the Republic of Macedonia

Kreshnik Bekteshi, from the Republic of North Macedonia is the Minister of Economy, previously he has had significant experience working as the Head of International Office Agency for Foreign Direct Investment and Export Promotion in Switzerland and Belgium, regarding his education he hold a Bachelor of Science Degree in Applied Arts and Science(Management and Business Administration) and an Associated Degree in Applied Arts and Science (Entrepreneurship and Business Development) 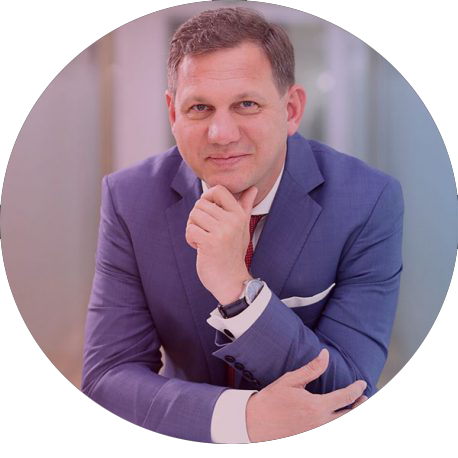 CEO and President of the Management Board of EVN Macedonia AD

Stefan Peter, from Austria is a CEO and President of the Management Board of EVN Macedonia AD. Previously, he served in the Department for Procurement and Materials Management in EVN AG and as Power of attorney, Head of Procurement dept. in EVN Bulgaria EAD. He graduated Executive Master of Business Administration (EMBA) at the Vienna University of Economics and Business and the Carlson School of Minnesota, USA. 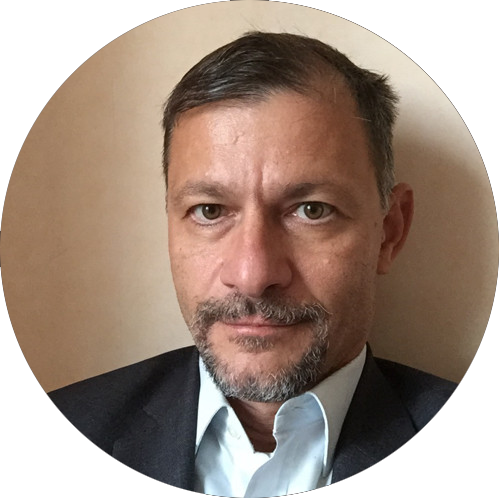 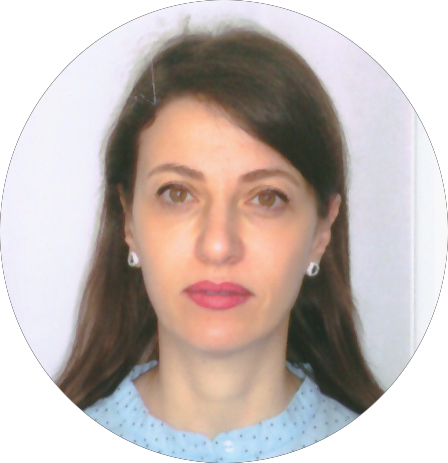 Reem Hamdan, from Jordan is the Director General Deputy and Director General Assistant for Regulation & planning at Electricity Distribution Co. (EDCO). Previously, she served in the same company from an engineer till head section then department manager till DG assistant & deputy. He has a Bachelor Degree of Electrical Engineering from Jordan University. 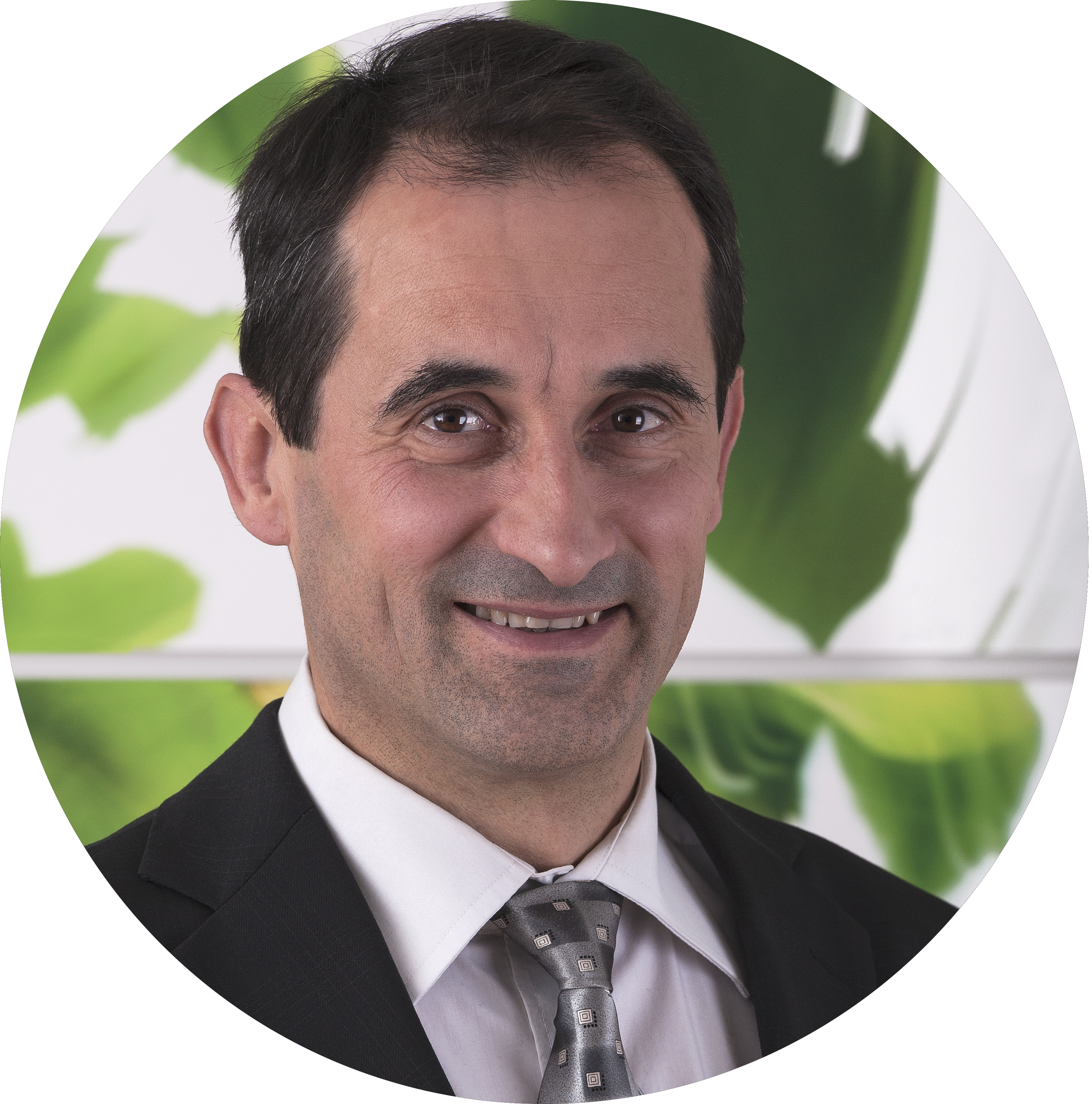 Director of the Energy Community Secretariat, Vienna, Austria (since 2012)

Janez Kopač, from Slovenia currently holds the position of Director of Energy Community Secretariat. Before this he was a Director General, Directorate for Energy, Ministry of Economy, Ljubljana, Slovenia also the Minister of Environment, spatial planning and Energy. He holds a masters degree in Economic Science, Faculty of Economics, University of Ljubljana and he specialises in economics of international relations. 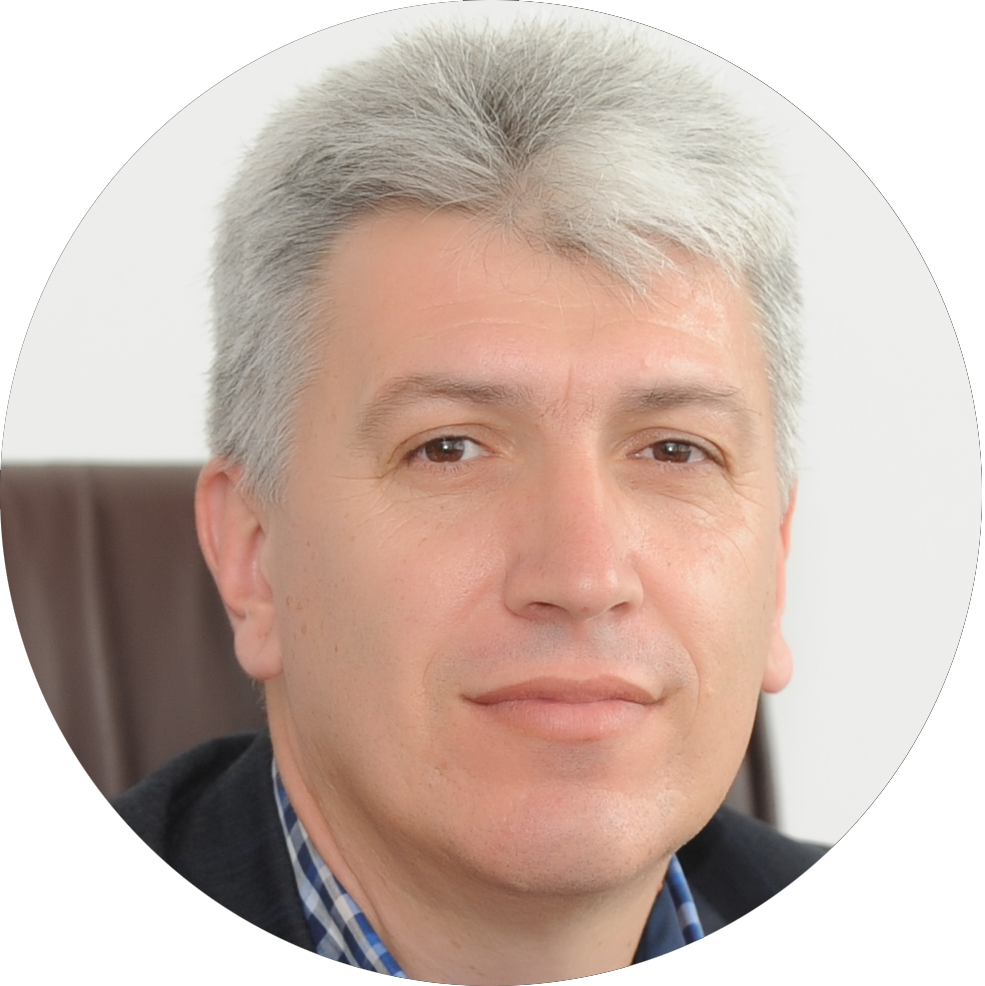 Director for Strategic Planning and Development

Risto Janevski, from the Republic of North Macedonia is the Director for Strategic Planning and Development at OKTA AD Skopje part of the International group of companies Hellenic Petroleum S.A. He dedicated himself to the industry, the sector of crude oil and petroleum products in OKTA he has worked on several important projects: Project for building of the OKTA LPG installation on several Private petrol stations, Re branding of private Petrol stations with OKTA brand and Cleaning of the oil pipeline and its transformation into product line. Now he is working on a new project for OKTA: Concept of Distributed energy production and supply end users. Previously he was a part of the team of MANU that participates in the Strategy for development of energetic in Republic of Macedonia till 2030. He holds a Master on the topic of Interaction between power energy system for liquid fuels & natural gas in Republic of North Macedonia, “St. Cyril and Methodious” University, Engineering Faculty –Skopje, 1999. 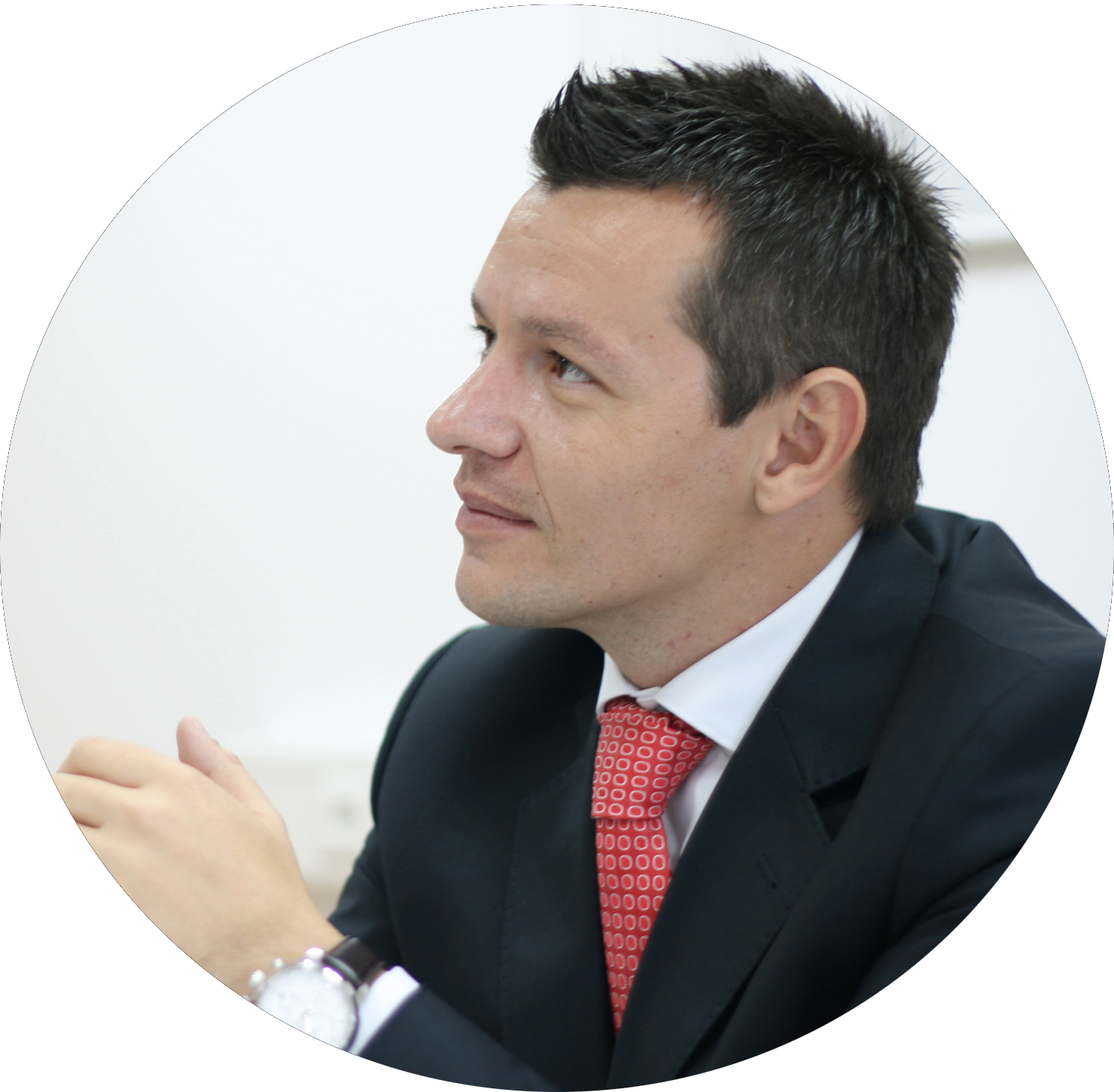 Sasho Saltirovski, from the Republic of North Macedonia is the Managing Director of ELECTRICITY Distribution LLC (ELEKTRODISTRIBUCIJA DOOEL), EVN Group. Previously, he served as Managing director, head of department for energy policy and regulatory management, head of department for operation of customer energy centers, head of department for energy economics, Coordinator for supply of electricity, Project manager for implementation of Distribution Management System (DMS) software and Transmission and distribution planning engineer. He holds an MBA in Finance from the University of Sheffield International Faculty, CITY College, he also has a Master’s degree from Faculty of Electrical Engineering and Information Technologies, Ss. Cyril and Methodius University in Skopje

President of the Supervisory board of JSC Macedonian Power Plants

Verica Uzunova Angelovska, from the Republic of North Macedonia is the President of the Supervisory board of JSC Macedonian Power Plants. She has several years of experience in the field of gasification, in particular with establishing of the first virtual gasification network in the Republic of North Macedonia as a chief engineer during the buliding of the gasification network in the city of Strumica, Mrs. Uzunova gained great knowledge in the whole regulation and procedure problematic related to the gasification in the urban environment. Verica U. Angelovska has received a Master of Science in Communication and Information Technologies at the Faculty of Electrotechnics and Information Technologies – FEIT, University St. Kiril & Metodi Skopje, R. of North Macedonia. She obtained a Bachelor of Science degree in the area of Electronics and Telecommunications department at the same Faculty as mentioned before. 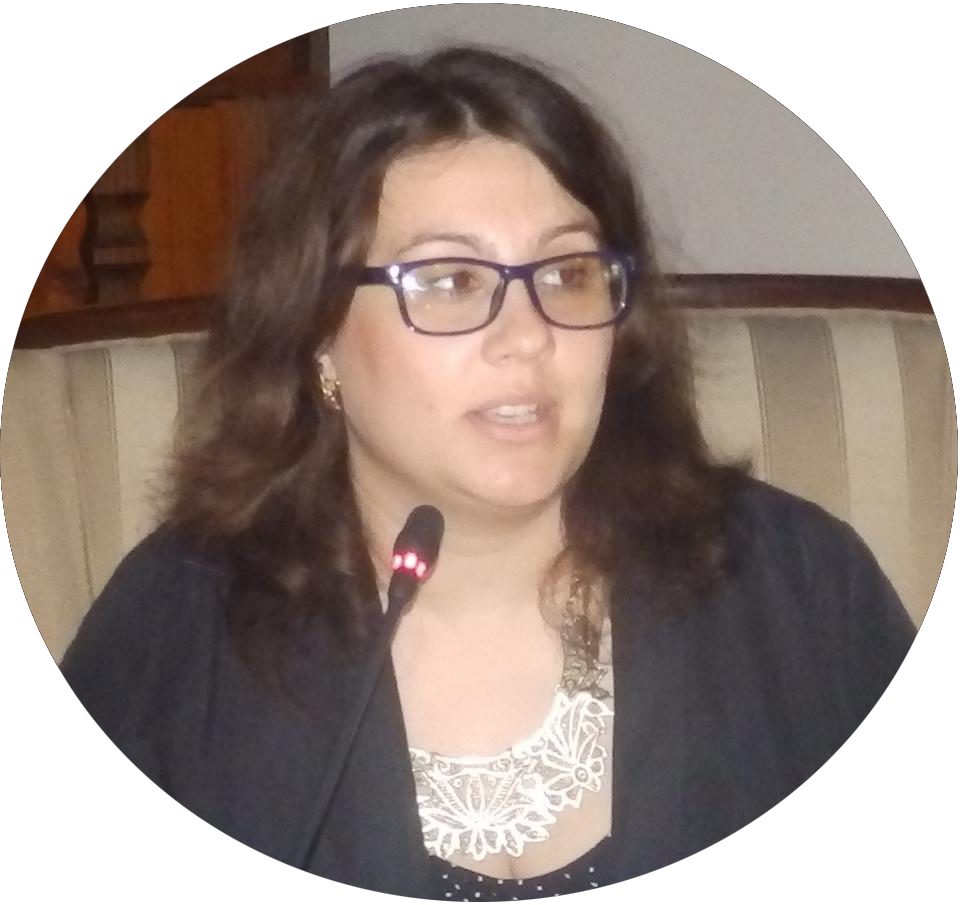 PhD candidate at the Department of Environmental Sciences and Policy

Ana Stojilovska, from the Republic of North Macedonia is a PhD candidate at the Department of Environmental Sciences and Policy, Central European University, Budapest. Beforehand she has worked for 5 years as an energy researcher at Analytica Think Tank, Skopje. She has extensive fieldwork experience in several countries in Central Eastern Europe. She has worked on over 20 local and regional research projects. She has also been involved in consultancy and public policy advocacy for Macedonian institutions and internationally. Ana holds a Master degree in European Studies from Europa-Kolleg Hamburg, University of Hamburg 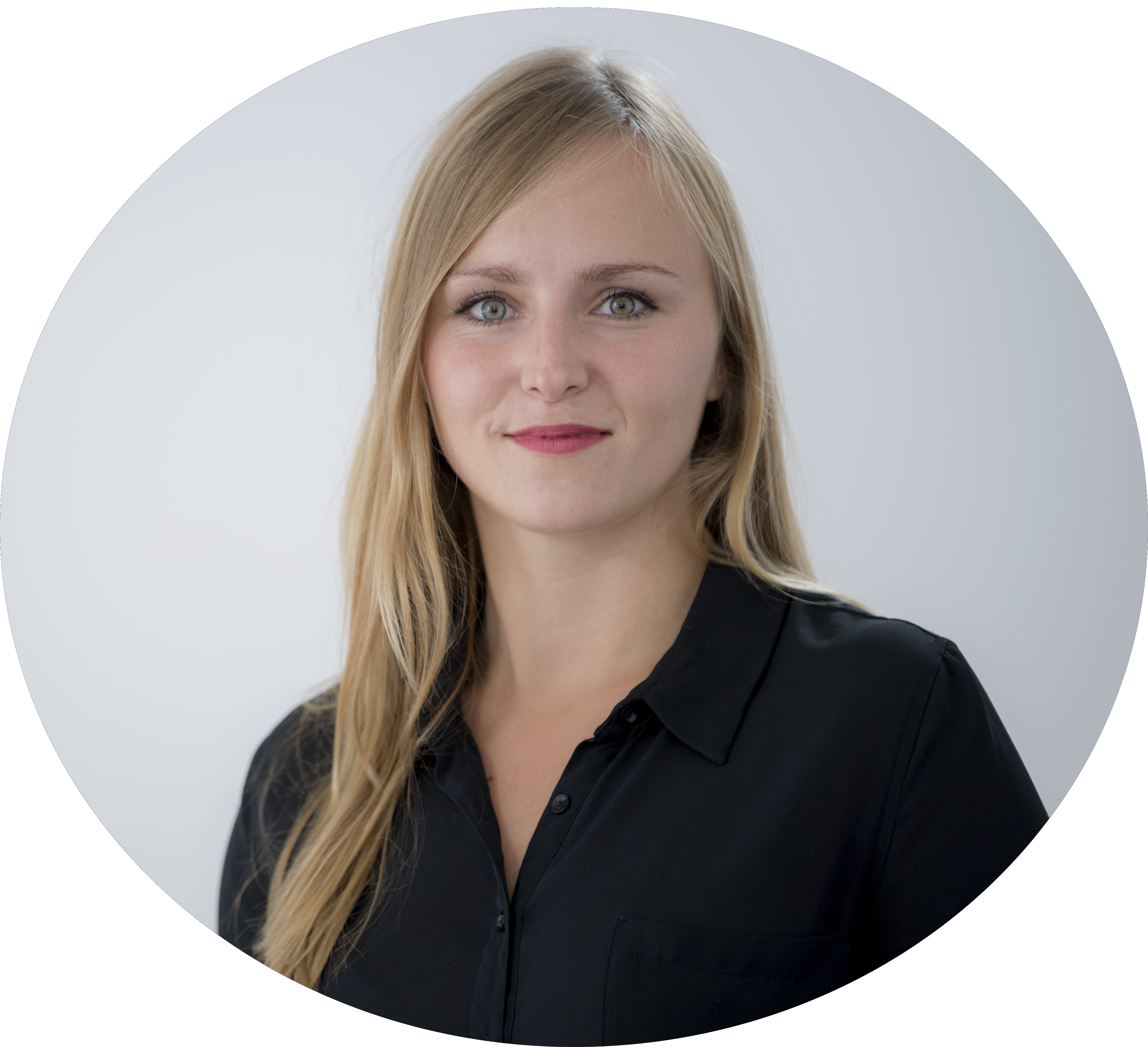 Director of the Skopje Office of Friedrich-Ebert-Stiftung (FES)

Eva Ellereit, hold the position of Director of the Skopje Office of Friedrich-Ebert-Stiftung (FES). The Friedrich-Ebert-Stiftung (FES) is a German political foundation. In its work FES is guided by the basic values of social democracy: freedom, justice, solidarity and international dialogue. FES has more than 105 offices around the world. We try to connect key stakeholders from a national and international level and engage in both political education as well as political advisory work. Friedrich-Ebert-Stiftung is also performing this task in the Republic of North Macedonia where it has had an office since 1996. Our work surrounds the areas of civic participation, activism, social dialogue, youth, European Integration as well as energy and sustainability. Before becoming director of FES in Skopje, Eva Ellereit worked for FES in the headquarter in Berlin on digitization and gender equality, later in Bonn for the state office of North Rhine-Westphalia and then as Project Assistant in the FES office in Kosovo. Eva holds a Master of Arts in Political Science. Studied in Berlin (Free University Berlin) and Bologna (Almer Mater Studiorium Università di Bologna) 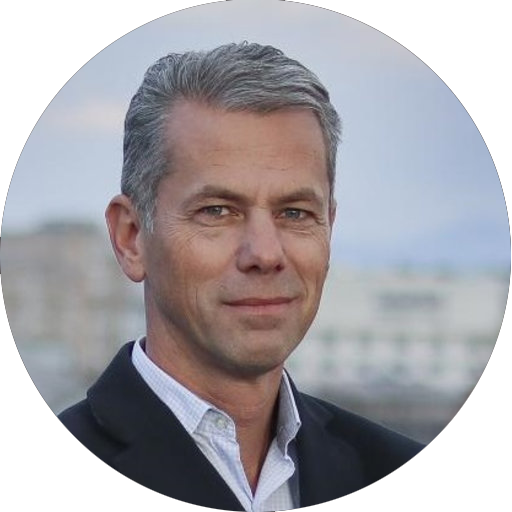 Professor at the Colorado State University

Marko Topich, from Slovenia is a professor at the Colorado State University since 2011. He has been a visiting professor countless of times and has an extensive background in semiconductor Materials and Devices, and also Solar Cells, Photo-voltaic Modules and Photo-voltaic Systems. He holds a D.Sc Degree in Electrical Engineering from the University of Ljubljana.

Ana Colovic Lesoska, from the Republic of North Macedonia is the Executive Director at the Center for environmental research and information “Eko-svest”. Previously, she focused on transport and energy infrastructure projects in Macedonia and the Balkan region. She holds a University degree in biology and she is doing her Master in ecology at the Faculty for Natural Sciences and Mathematics

Jesse Scott, from the United Kingdom holds the position of Senior Advisor International at Agora Energiewende, previously Ms. Scott’s important positions include Deputy Secretary General at Eurogas, Digitalisation & Energy Project Coordinator at the International Energy Agency and Head of Environment at Eurelectric. Ms. Scott hold a MPhil in European Studies from the University of Cambridge. 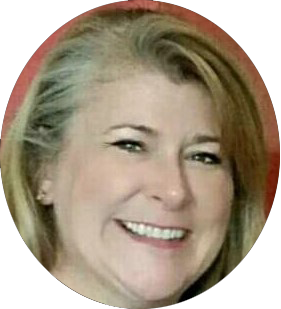 Shanon Runyon, from the USA is a career foreign service officer and the current Chief of the Political Economic section at the U.S. Embassy in Skopje. She previously served as the Regional Economic Officer for the Western Balkans, based in Washington, D.C., and covered Energy issues as Economic Lead in Baku, Azerbaijan. She has previously served in Turkmenistan, Barbados, Australia, Azerbaijan, and China.  Before joining the Foreign Service, she was a Peace Corps Volunteer working as a business development advisor in Ukraine. Ms. Runyon holds a Bachelor of Arts (A.B.) degree in Behavioral Sciences from the University of Chicago and a Master of International Management (M.I.M) degree from the Thunderbird School of Global Management.  She speaks Russian, Azerbaijani, French, and Macedonian. 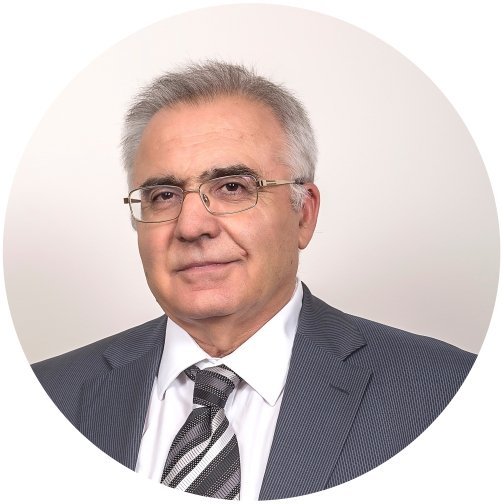 Mr. Sotirios Nikas, from Greece since 2016 until late 2018 served as the President of the Board of Directors and Chief Executive Officer (CEO) of the Hellenic Gas Transmission System Operator (DESFA) SA. Since 2012, he acted as Project Manager in EPC projects at UniversalPegasus International, specializing in pipelines and oil & gas associated facilities for major companies (Interpipeline, Plains Midstream, Gibsons Energy, etc) in Calgary (Alberta), Canada. From 1989 until 2012, he has been working as Project Manager in DEPA (Public Gas Corporation S.A.) and DESFA for the design and construction of the National Natural Gas Transmission System, while he also has a great experience working as a freelance professional in the fields of Civil and Geomatics Engineering. Mr. Nikas is both a member of the Technical Chamber of Greece (TEE) and the Association of Professional Engineers and Geoscientists of Alberta (APEGA). Mr. Sotirios Nikas has graduated from the Aristotle University of Thessaloniki with a BSc in Geomatics Engineering (Dipl. Eng.) and has a demonstrated working experience of over 25 years in the oil and gas industry worldwide. 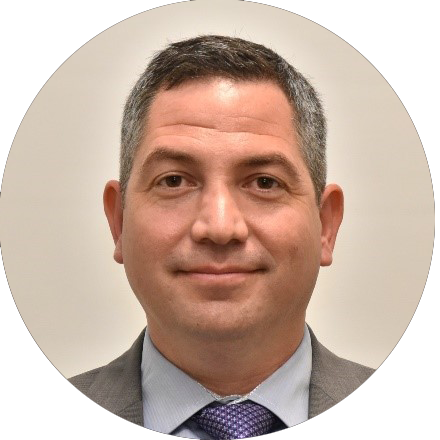 Dan Milstein, from the United States of America holds the position of Director at the European Regional Office for the U.S. Department of Energy, previously he worked as a International Relations Specialist Office of International Affairs United States Department of Energy. Mr. Milstein holds Master of Public Policy (MPP) at the University of California-Berkeley and a Bachelor of Arts (BA) from the University of Virginia Political-Economy (interdisciplinary major)